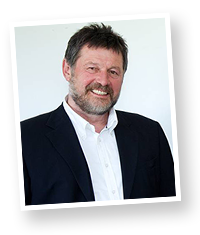 ELTROPLAN GmbH was established in the District of Soest by Dipl.-Ing. Wolfgang Schmidt in 1991 with the intention of helping to make the world a bit better. It all started with the primary business purpose to replace PCB-containing medium voltage transformers by modern items without PCB, which was required by law. These activities were supplemented by the maintenance of medium and low-voltage stations.

From 1993, the first regen unit was developed. Three years later, together with the establishment of ELTROPLAN REVCON GmbH , the first regen unit was launched on the market. In 1997, the company moved from of Unna to the new production site and administration building in Bönen and grew to become a medium-sized company with international patents for many differently products.

In the beginning, the company had 6 employees only. Today ELTROPLAN REVCON GmbH has nearly 50.

In 2007, the production and administration building was extended by a production and a warehouse of 400 sqm. Not even 7 years later, the next extension building of similar size followed which was completed in August 2014. Until today, the company headquarters are still located in Bönen and there are no other subsidiaries, but the company is represented by its distribution partners in some other countries.

Since its establishment, ELTROPLAN REVCON has constantly grown and can now rank among the world´s exporters.

Right from the beginning, ELTROPLAN REVCON GmbH concentrated on the development and production of energy-saving products. With special emphasis on the average operating time and output, all the products together that have been sold since the beginning could replace the output of a typical nuclear power plant – without any emission!

Energy recovery and energy saving, that is the way of ELTROPLAN REVCON GmbH to make the world a bit better every day.